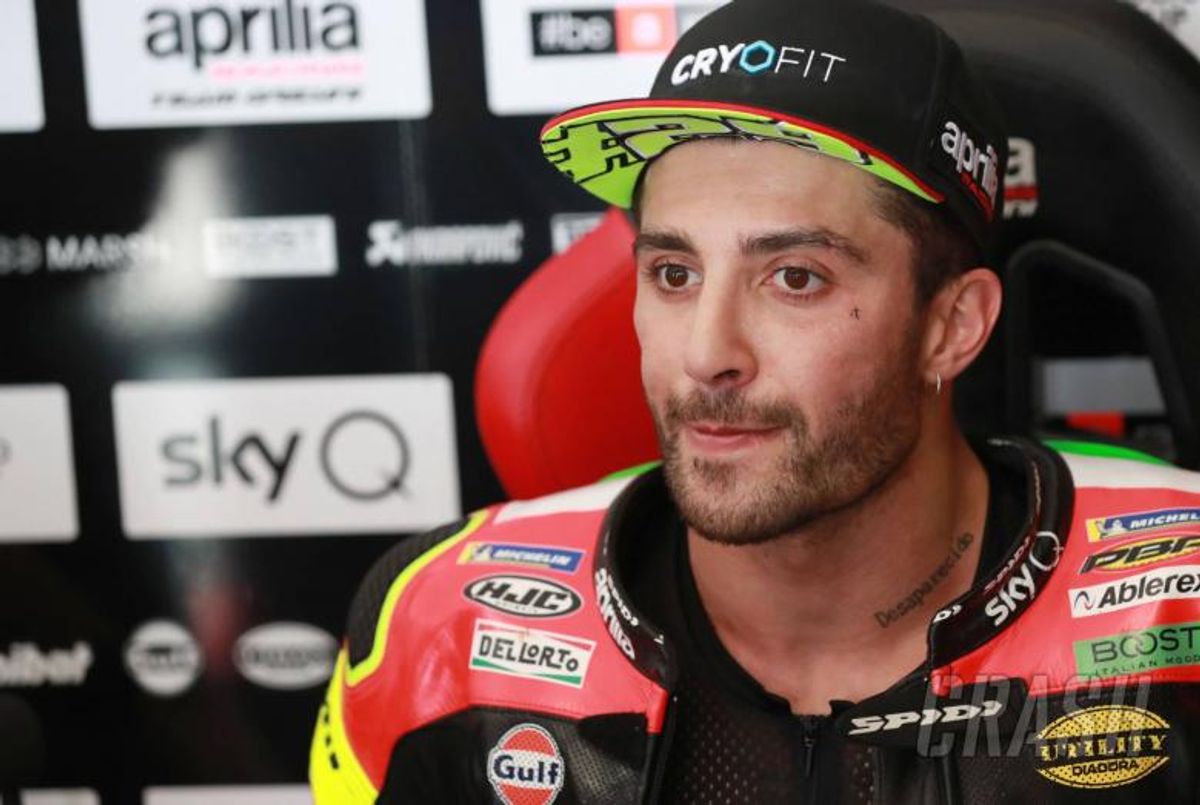 Andrea Iannone has been handed an 18-month ban by the FIM, following positive tests for a prohibited substance during last November's Malaysian MotoGP.

The ban starts from 17 December, when the positive urine test was announced, and runs until 16 June, 2021.

That would mean the current Aprilia star is ruled out of the entire 2020 MotoGP season plus perhaps the opening eight races of next year.

However, Iannone is expected to launch an appeal at the Court of Arbitration for Sport (CAS), especially since Aprilia claims Iannone's accidental consumption of steroids through food contamination was accepted by the FIM.

Iannone has also been disqualified from last year's Sepang and Valencia rounds but didn't finish either race.

The full FIM statement can be seen below:

'The FIM International Disciplinary Court (CDI) handed down on 31 March 2020 a decision imposing a period of ineligibility of eighteen months on Italian MotoGP Rider Mr. Andrea Iannone, commencing on 17 December 2019 (i.e. the effective date of the Provisional Suspension) and which shall end on 16 June 2021.

'Following notification of his adverse analytical finding Mr. Iannone was provisionally suspended by the FIM since 17 December 2019.

'A hearing before the CDI on the merits of the case was held in Mies (Switzerland) on 4 February 2020. At the end of the hearing the CDI panel decided to suspend the hearing pending the additional and final written submissions of the parties (i.e. 28 February 2020).

'An appeal against the CDI decision may be lodged before the Court of Arbitration for Sport (CAS) in Lausanne, Switzerland within 21 days from the date of receipt of the CDI decision pursuant to Article 13.7of the FIM Anti-doping Code.'

Iannone has been suspended since the initial urine result was made public, prompting Aprilia to promote test rider Bradley Smith to partner Aleix Espargaro during pre-season testing.

However, the coronavirus disruption means no MotoGP races have yet been held and a shortened 2020 calendar, starting in mid-summer, now looks likely.

But Dorna CEO Carmelo Ezpeleta has also said they do not want to 'spoil' the 2021 season by holding delayed 2020 races deep in the winter months.

Therefore, assuming next year's world championship starts at a similar time to the original 2020 event line-up, Iannone would be forced to sit out the opening 8 races.

Like most riders, Iannone does not yet have a contract for 2021. And who would sign a rider that will miss all of winter testing, plus a large chunk of the races?

The continuation of Iannone's world championship career could therefore depend on the success of a CAS appeal.

Background to the decision:

On December 17, the FIM announced that Iannone, who made history by briefly putting the RS-GP into the lead of the Australian MotoGP, had been 'provisionally suspended' for failing a drug test at the following Sepang round on November 3.

The Italian expressed surprised, posting on social media that he had been checked many times in the past without issue, "which is why I have every confidence in the positive conclusion of this affair".

However, his B sample also tested positive for an 'Exogenous Anabolic Androgenic Steroid', believed to be drostanolone.

Lawyers for the 13-time grand prix winner argued the quantity of drostanolone was so small that unwitting consumption via contaminated meat in Asia was a possible explanation. They also presented evidence that analysis of a hair sample proved 'negative'.

Ultimately, the FIM Disciplinary Court accepted the results of the urine tests but - according to Aprilia - believed Iannone's innocence as far as the method of ingestion.

Iannone, 30, has raced for the factory Ducati, Suzuki and Aprilia teams in MotoGP.